This page showcases my narrative and visual design projects, that are also related to fantasy and science fiction (speculative fiction). I have made a shift from linear storytelling to interactive storytelling during the past years, although I am still engaged with linear writing as well (traditional creative writing).

My main writing language is Swedish, but in connection to working with game writing I have also been producing text in English and Finnish. When it comes to creating visuals, my writing and visual art have always been connected, and I have been producing illustration to my own and other writers’ texts, sequential storytelling (comics and graphic novels, although not yet on a larger scale), and visuals and narratives for games and interactive stories.

In 2014 I decided to focus completely on my artistic work, and I also started seeking out game projects to join. Games have been a part of my life since childhood, both digital games, boardgames and roleplaying games (ie. Dungeons & Dragons). I finished a course in Game design in Turku University in 2014, and later joined a team that took part in the 2015 Turku Boost Startup Journey.

Our game idea was called Underworld Kitchen and I learned how to make pixel art to create a range of mythological and pop cultural characters:

My pixel style images and experience with game design attracted the attention of writers for educational material in the end of 2015. The team wanted to make a game that taught Finnish Swedish Literature to pupils ages 13-15. I joined the project and also recruited a programmer and game designer (Petter Skult) to help me implement their idea. The project was funded by The Finnish National Agency for Education, Svenska kulturfonden, Svenska folkskolans vänner and Hanaholmen. I worked on the graphics and story for the game between August 2016 and April 2017. It can be played on the svenska.nu webpage.

The player is lead by a character called “The Nerd” into a space adventure, and the quest is to repair a future archive of literature. This way the player needs to read certain texts and solve a set of puzzles to advance in the game.

“The nerd” for an educational game about literature, work in progress fall 2016.

Screenshot from the game X-libris, a game for schools about literature (2016-2017)

Screenshot from the game X-libris, a game for schools about literature (2016-2017) 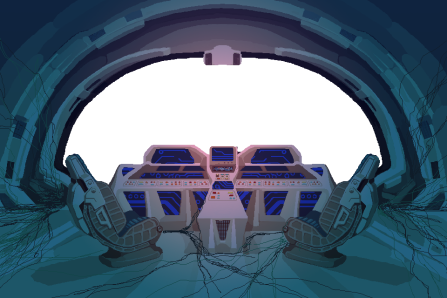 From February 2019 I am employed as Narrative Designer for a game development company called MiTale. My main task at the moment is to develop the story for an interactive speech therapy environment called Sanalanka.

The Sanalanka project was started already in 2015, and I was part of creating story and character design for the demo during that first year. The demo got an honorary mention in the student ICT showroom in Turku University in 2016. It has since then received funding from Tekes (Business Finland from 2017).

In May 2019 I took part in Energy Hackathon in Turku together with Petter Skult and Alice Girs. There were twelve teams, and our team received an honorary award together with three other teams. The aim of the hackathon was to visualize and gamify the coming changes and challenges concerning energy use.

My team created a game concept called Gaia House, and we received praise especially for the engaging use of narrative elements in the design. Gaia House is a game were you play a character who has moved into an off-grid self sufficient apartment building in Turku  in the year 2035. The aim is to keep track of the other residents’ energy use in the building and learn how to save energy and collaborate with others while doing so. I also produced some graphics for the game concept that was pitched during the hackathon. Our team is now applying for funding and looking for investments to further develop the game concept. 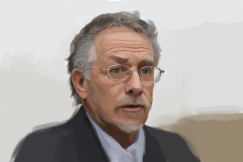 I started writing my first novel around 2007-2008, and finished a first version in 2010. I had been writing half-finished novels and short stories more seriously since my early 20s, but I had rarely showed them to anyone, and didn’t attempt to have them published. I was still very uncertain of what I wanted with my writing, still I was not able to let go of the idea of being a writer.

In my late 20s I decided I want to try to have something published, and I chose the genre that felt was closest to my heart: fantasy and science fiction. I wanted to write something that felt like home, like the books and stories I had grown up with. I wanted to write a story for my younger self. So I picked elements from my childhood interests: mythology, drawing and painting, fantasy and games. Bildbindaren is in fact a story about a game that has a life of its own (AI generated and created by its players), although this is only hinted at in the text and not very explicit.

The manuscript was accepted in 2011 and published with the title Bildbindaren by Schildts & Söderströms in 2012. I have written more about my writing and the novel on this page.

I was still employed as a Doctoral student and university lecturer in Art History when Bildbindaren was published. But a year after, when my funding was ending I decided to fully commit to a path as an artist instead of a researcher. My focus would be illustration and writing. I was also interested in working with speculative fiction mainly. I had some project grants to keep writing on a second manuscript, and I was also on maternity leave 2014-2015.

During this time I was asked to illustrate a few SF short stories for the web zine Enhörningen: 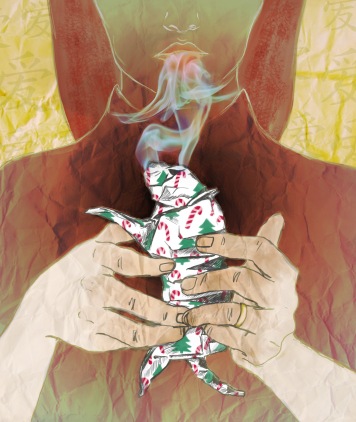 In 2015 I started working on the illustration and graphic design for an easy to read adaptation of Maria Turtschaninoff’s award winning novel Maresi (adaptation by Jolin Slotte). It was published by Lärum förlag in 2016. 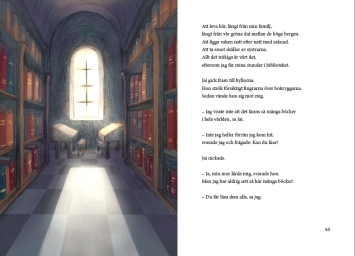 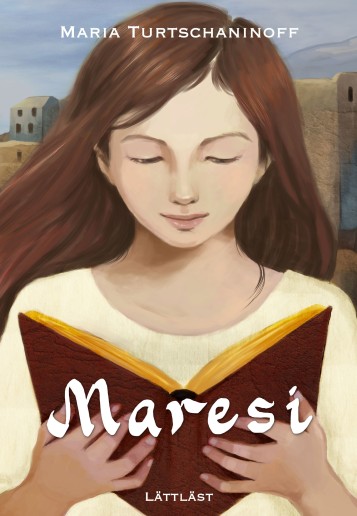 Although these projects have less to do with (science) fiction, they are related to how research and knowledge can be visualized and how storytelling can be used for educational purposes. When it comes to visualizing facts it is very important to pay close attention to detail. The illustrations should be factually correct and at the same time evoke emotions and create a sense of immersion. It is sometimes a very difficult balancing act to achieve this effect.

During Autumn 2017 and Spring 2018 I made over seventy illustrations for Carina Wolff-Brandt’s historical dramatization of the lives of the people living in the Southern Archipelago of Finland. Her text is a combination of historical fact and exploration and dramatization of the lives of her ancestors in the island of Hitis. The book has been widely sold and the illustrations have received positive reviews. 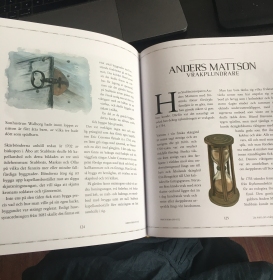 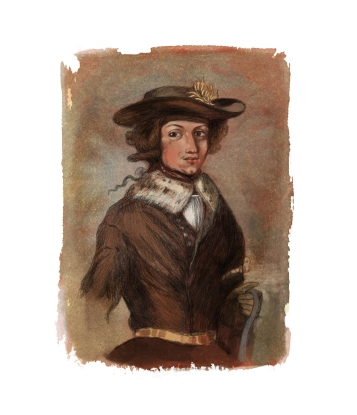 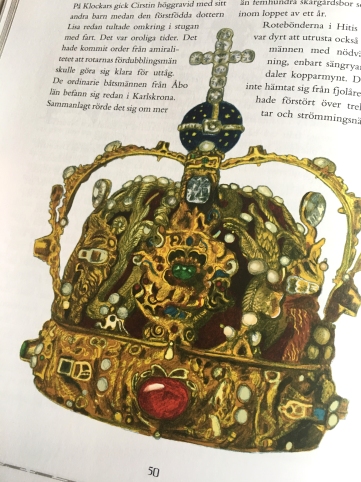 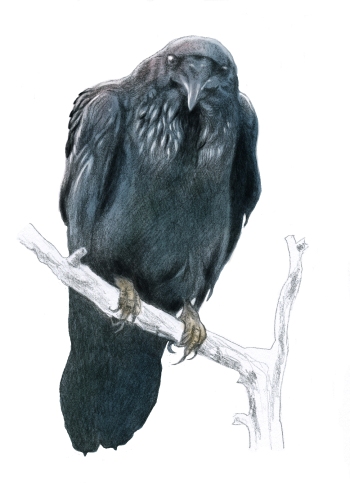 In October 2018 I was hired by the project Kulturösterbotten to create the illustrations for a series of short films based on documented stories of real people and their fates in medieval Ostrobothnia. Most of the stories are related to miracles. I collaborated with the historian Heidi Hummelstedt and the media production company ReThink. The films will be published in November 2019, so I can only publish a few of my sketches at the moment (links to the films will be added when they are publicly available). 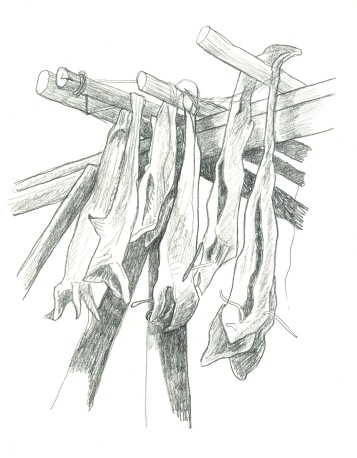 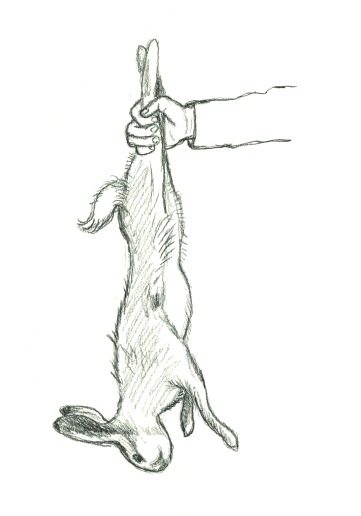